One of the symbols of Kiev is Kiev's funicular – a quite exotic and rare transport means. Its former name is «Michael's electrical cableway», and it opened on 7 May 1905, thus having become the second one in the Russian Empire after the funicular in Odessa that opened in 1902.

One-way trip lasts just 2.5 - 3 minutes, interval between trips in the daytime is max. 7 minutes, fares are comparable to those for tips in a tramway. 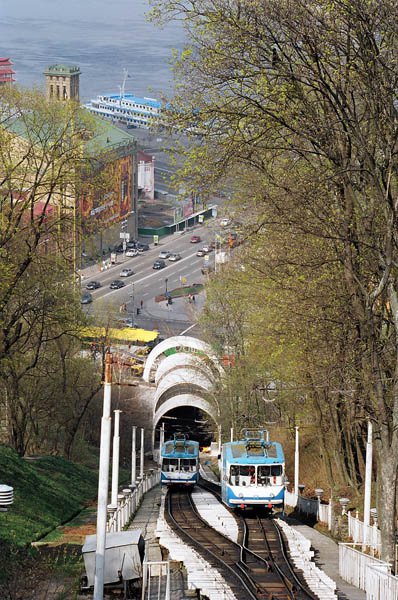