The commercial apartment building built by the architect V. Gorodetskyi, who also lived and worked here. It was built in 1901-1903. Sculptures (by Emilio Salya) reflected Gorodetskyi's hobby - hunting. In the Soviet times it was used as a governmental medical facility. In the beginning of 2000ies it was reconstructed and now is used as the official reception house of the President of Ukraine. 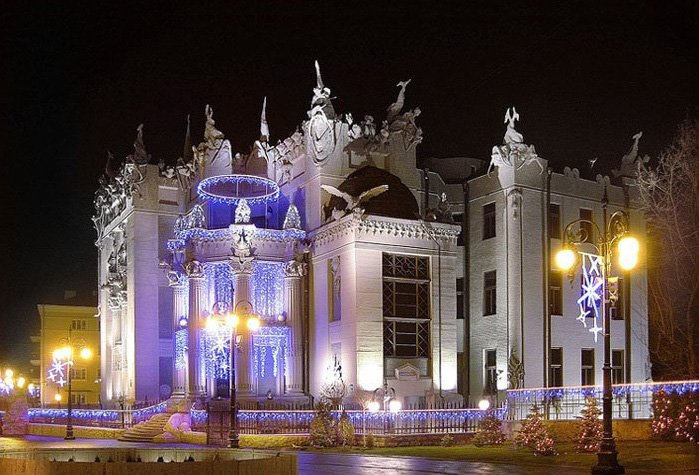